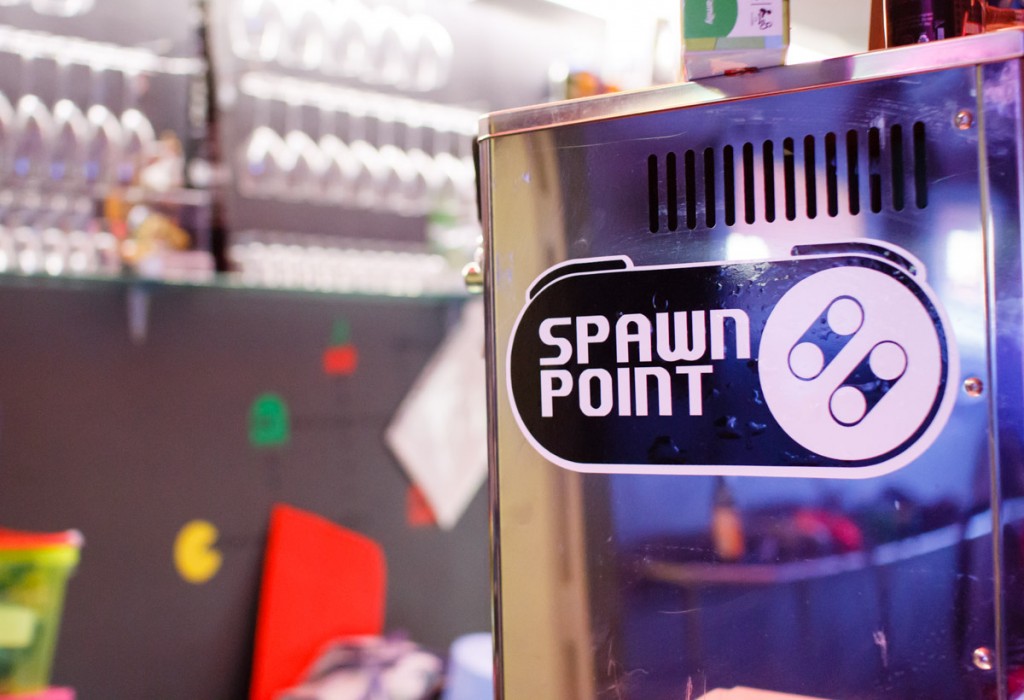 It is no secret that Team Wine Chatty wear our geeky nerd hearts on our sleeve and a key ingredient that makes up our special sauce is our collective addiction to video games. We were recently given a tip-off on a video game themed small bar in the heart of Sydney called “Spawn Point”.

Drinking and video games? We had to investigate.
Spawn Point is located in a basement on Clarence St with an unassuming entrance. Making your way from street level down the stairs almost feels like you are headed to the public toilet section at a shopping centre. But passing through the door you are transported to a space of which I have not experienced before. Glowing screens dominate, with the focus on the projection of Smash Brothers in the main lounge. There are functional stools with convenient platforms to position your drinks on (not on the arcade machine, if you please). An amazing display in the back with a collection of classic Nintendo games generated instant waves of nostalgia for me. I was transported to my childhood and I am not ashamed to say that I got a little bit choked up emotionally. 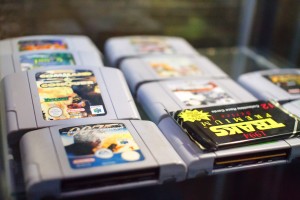 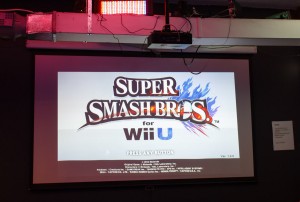 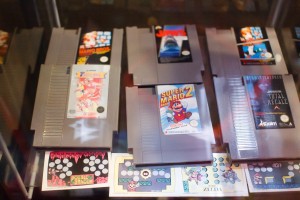 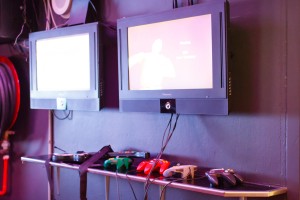 All games are free to play, and on a Thursday night we had almost full run of the place. There is pretty much every console available you can think of, and any game can be requested from their extensive collection.
There were some pretty nice bottled beers on offer and game-themed cocktails (not my thing). My pick of the bunch was a Rocks Brewing Pale Ale.
After downing a couple, our friendly barkeep offered us an off-the-menu Coopers Vintage Ale (2011). A beer with a malty profile and showing some interesting effects of bottle maturation. 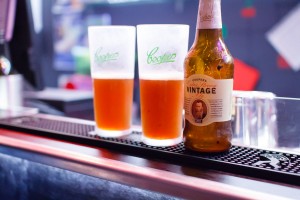 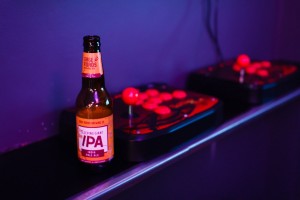 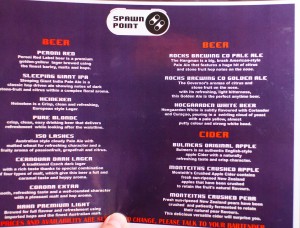 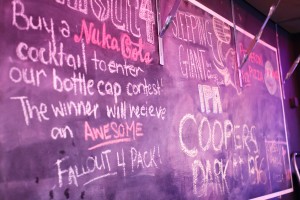 Spawn Point has an informal social atmosphere and feels less like a bar than a party in a friend’s basement. The other patrons are friendly and because of the shared interest in games and gaming culture it’s easy to strike up unique forms of interaction. At one point I had Oculus Rift Virtual Reality goggles on while another fellow I had just met was controlling my avatar’s movements. 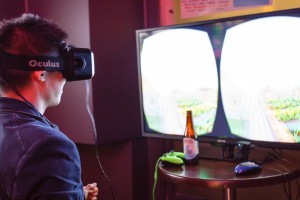 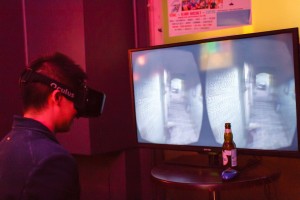 This was a great experience and I have not been to a venue like it in Sydney. Spawn Point’s real strength is its relaxed social environment and good-natured clientele comprising of some serious next-level nerds. (It is not often that you overhear a spirited debate on Pokemon evolution over drinks.) This is a small bar which is part game museum, part arcade and part gaming social club. As the evening drew to a close, I walked away with warm feelings of nostalgia, community and alcoholic flush.
Happiness truly is a beer in one hand and an ergonomic game controller in the other. 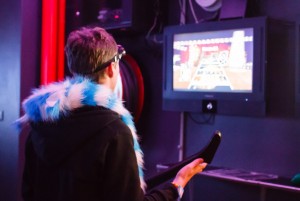 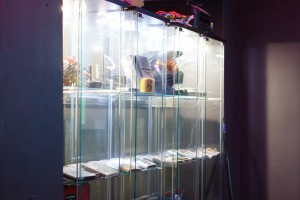 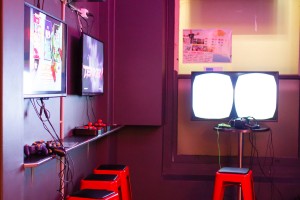 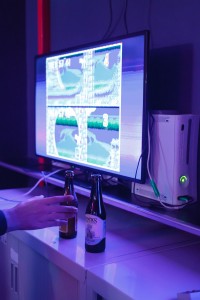 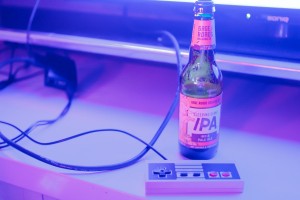 So if you enjoy a beer or two while beating your friends senseless on the big screen or racing them in Mario Kart, be sure to check them out!