Penfolds first created the Bin 150 Marananga Shiraz during the 2008 vintage as their straight Shiraz offering and marketed it in the same price range as the Bin 389 Cabernet Shiraz and the Bin 407 Cabernet Sauvignon (so RRP$90 per bottle and less at most chain retailers).  The superb 2010 vintage was released in 2012 but it wasn’t quite ready to drink then. I opened a bottle in 2012 and didn’t really feel there was much to write about at the time (it was bit too all over the place and didn’t quite mesh well). So after 7 years in a wine fridge, I figured I should probably open a bottle of the Bin 150 Shiraz just to see where it’s at and if it’s better to drink now. Penfolds recommends a peak drinking range between 2015 – 2040 for this wine (Tyson Stelzer was a bit more conservative giving a range of 2018-2025).

Upon pouring the wine still has a youthful colour, quite dark and crimson red. The nose is quite intriguing and distinctly Barossa with dark fruits and oaky spices. Penfolds states that the Bin 150 was matured for 15 months in new French oak (25%), 1 year-old French oak (25%), new American oak (25%) and 1 year-old American oak hogsheads (25%). On the palate the flavours are much better integrated now than compared to when it was first tasted in 2012 and it’s quite ready to drink now but still has signs of a long life ahead. Overall I’m happy to drink more now but keen to give it a few more years still. 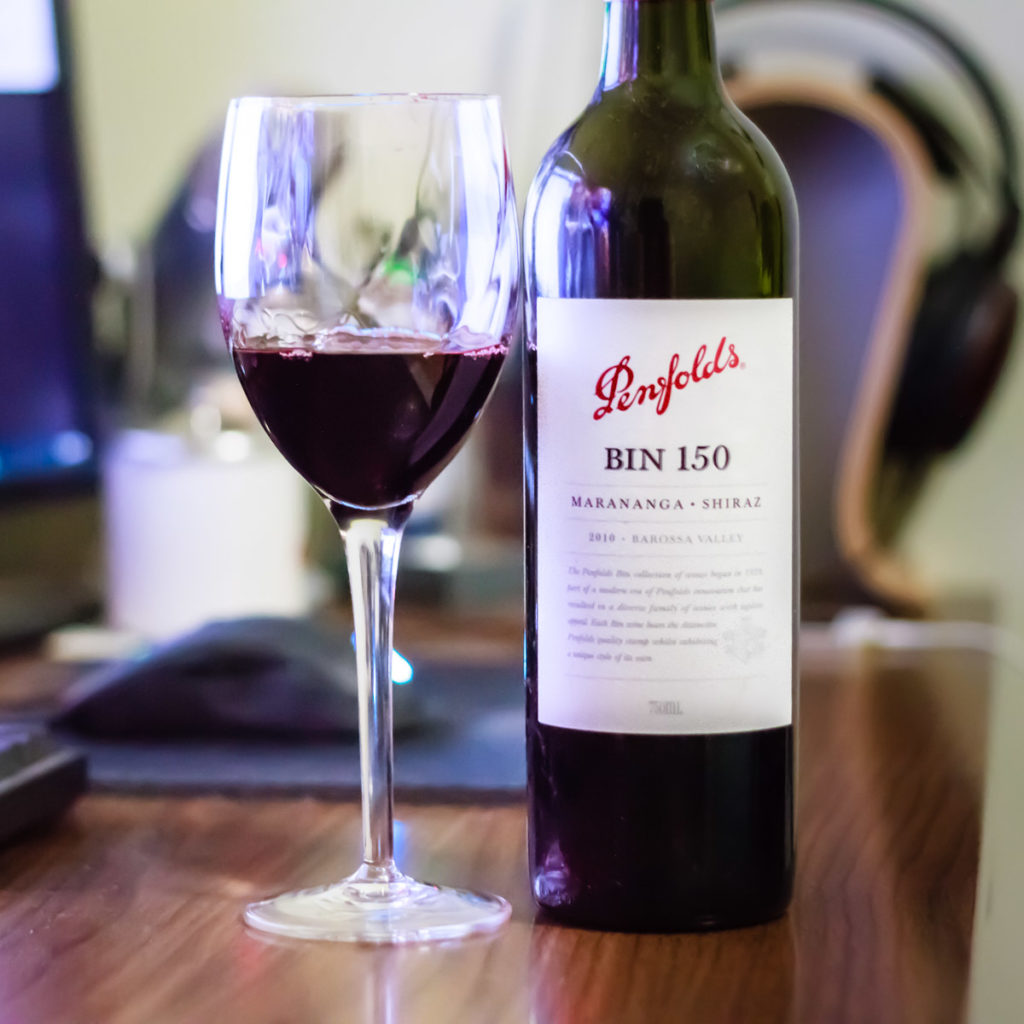