The 2013 vintage of the “Baby Grange”. This vintage has 51% Cabernet and 49% Shiraz and has fruit from multiple South Australian regions (including Barossa Valley, McLaren Vale, Padthaway, Wrattonbully, and Coonawarra). Aged 12 months in American oak hogsheads (28% new, 60% 1 y.o.and 12% 2 y.o).

The wine has a bright purple colour indicating it’s youth. On the nose it’s quite oaky and has hints of chocolate surrounded by damp forest floor (reminds me of earthy roots in the chinese medicine style). It’s a bit subdued and doesn’t grab you in to say “drink me”, but it’s pleasant enough. On the palate the first thing that hits me are the fine tannins (which last all the way through) and the tingling of acids. After a bit of airing and decanting, the fruit starts to reveal itself giving off plummy dark fruit flavours. It’s a wine that does a lot well, good structure, layers of fruit, balance of acids, great length, BUT doesn’t wow you in any particular aspect. It’s a strength of Penfolds to produce wines you know what to expect year after year. If I had to describe it in one word it would be “conservative”. It’s not a unique wine but it delivers in setting a benchmark. In the end, I enjoyed drinking it. 🙂 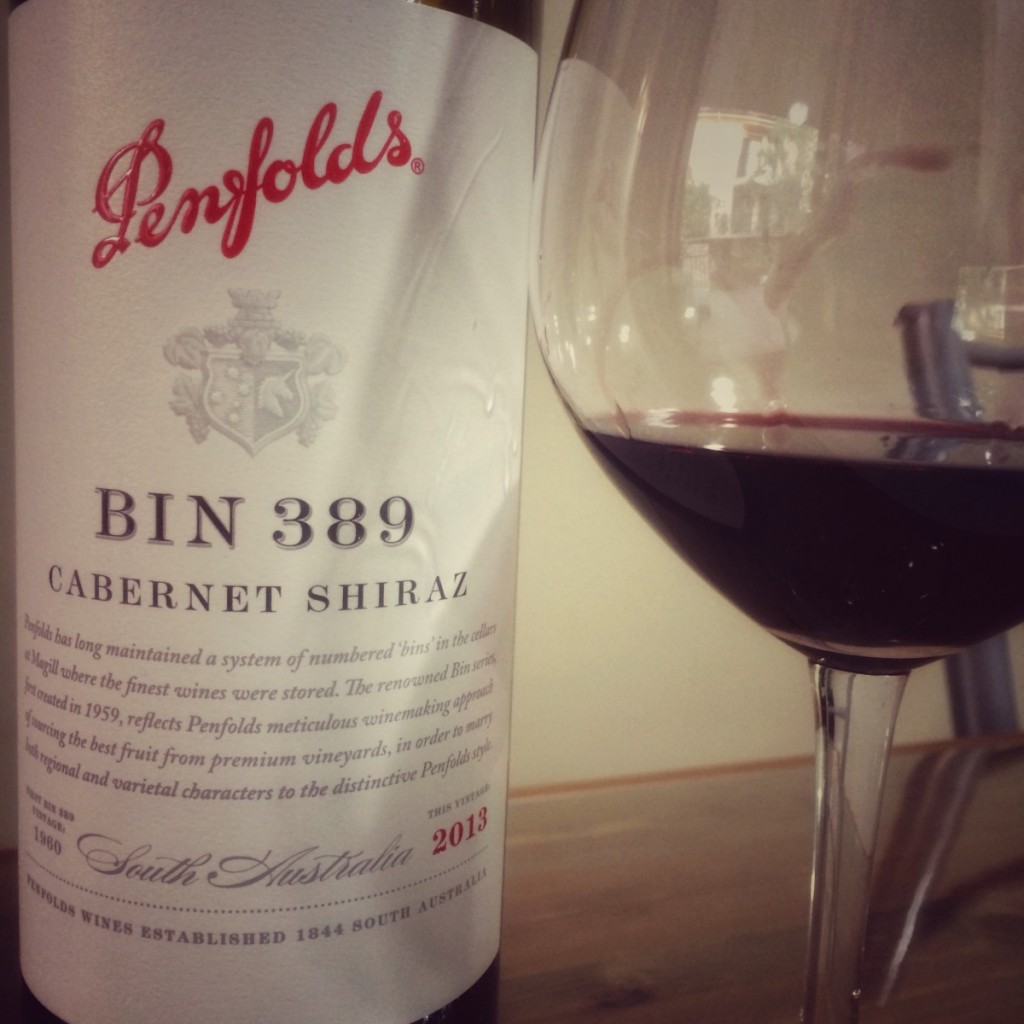